The goal of the SCGE program is to accelerate the development of safer and more effective methods to edit the genomes of disease-relevant somatic cells and tissues in patients.  For ethical, legal and safety reasons, the SCGE program does not support any research activities on genome editing in reproductive (germ) cells. 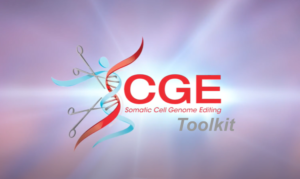 The SCGE Consortium officially launched their public-facing Toolkit, a platform housing data generated by labs across all consortium initiatives. Users can explore and build upon both published and unpublished data from SCGE researchers such as validation of novel delivery systems and studies on the biological effects of genome editing. Check it out!

Verve Therapeutics Doses First Human with an Investigational In Vivo Base Editing Medicine, VERVE-101, as a Potential Treatment for Heterozygous Familial Hypercholesterolemia 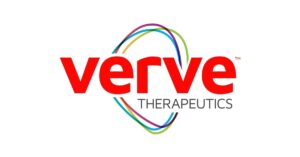 Verve Therapeutics, a biotechnology company pioneering a new approach to the care of cardiovascular disease with single-course gene editing medicines, today announced that the first patient has been dosed with VERVE-101, in its heart-1 clinical trial. 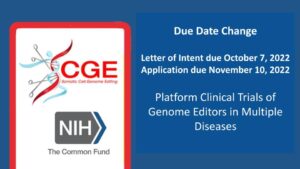 Key dates have changed for due dates for SCGE Phase 2 funding opportunity “Platform Clinical Trials of Genome Editors in Multiple Diseases (UG3/UH3, Clinical Trial Required).” LOIs are now due October 7, 2022 and full applications are due November 20, 2022. 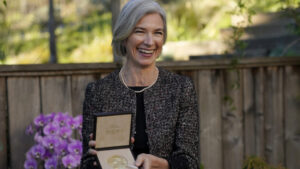 In 2020, Dr. Jennifer Doudna and Dr. Emmanuelle Charpentier received the Nobel Prize in Chemistry for their transformative work with CRISPR/Cas9 gene editing engineering. 10 years after CRISPR’s debut, Dr. Doudna interviews with STAT News to reflect on the future of CRISPR. 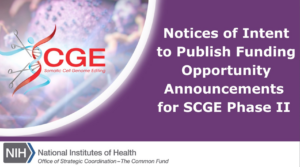 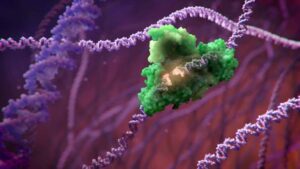 The SCGE Consortium has launched their Nature Collection page highlighting publications on gene editing research and accomplishments made by consortium members. 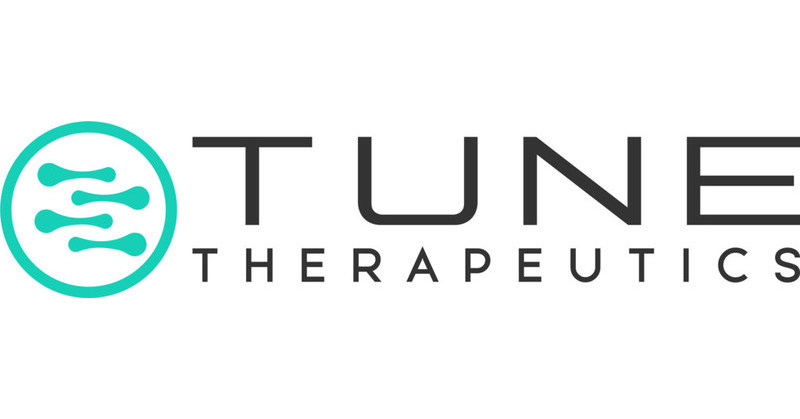 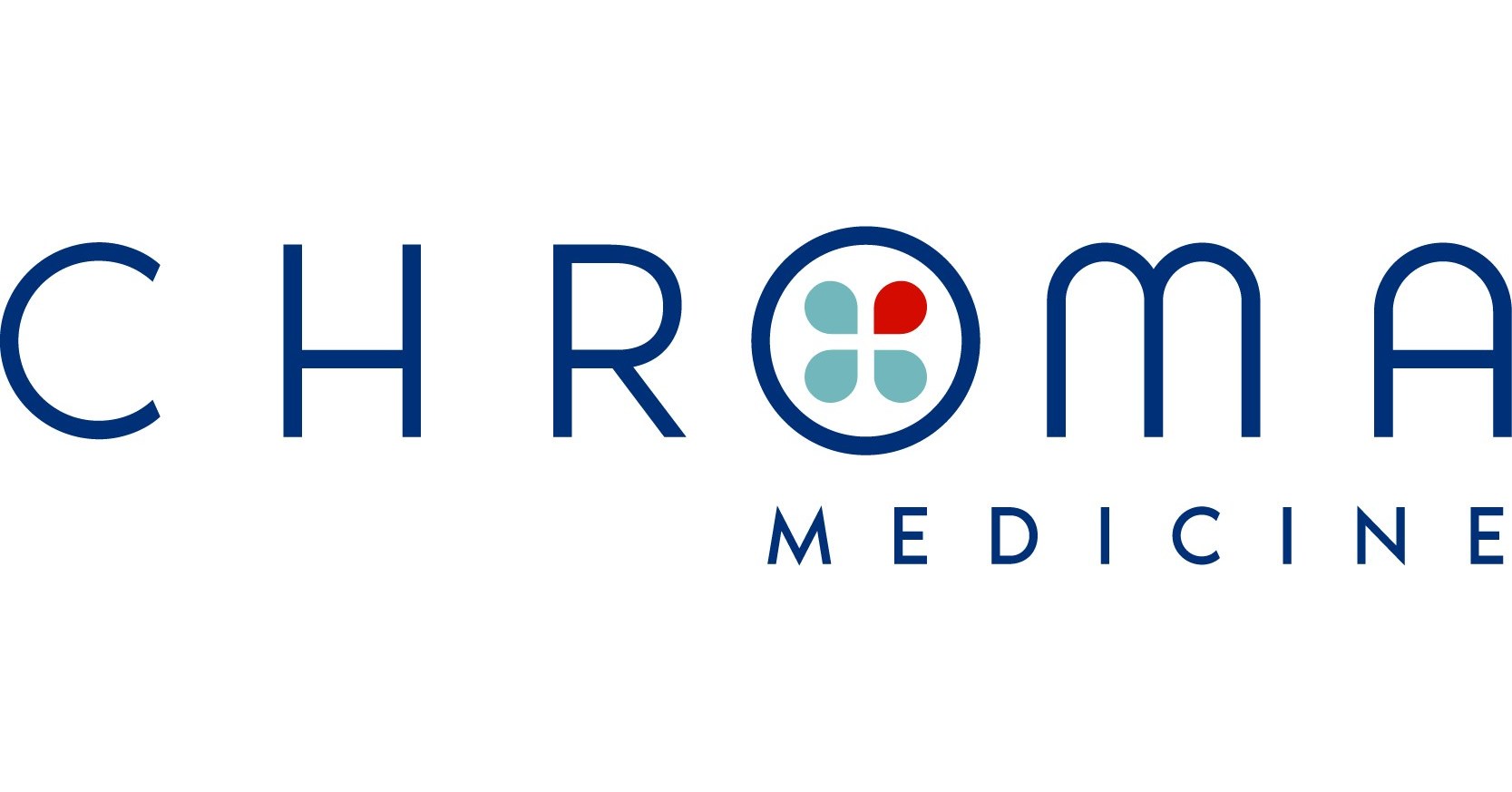 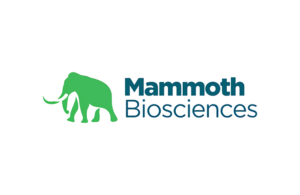 Vertex Pharmaceuticals to invest in Cas enzymes for gene therapies

CRISPR pioneer Jennifer Doudna and her biotechnology company Mammoth Bio will receive up to $650 million in future payments to use Mammoth Bio’s ultracompact Cas enzymes for creating gene editing therapies. 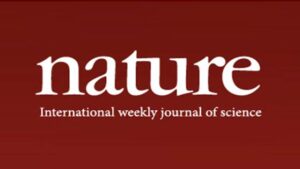 The NIH CommonFund  and the SCGE Consortium is proud to present our published marker paper discussing the central goals and hopes for the consortium in advancing gene editing.  The move from reading to writing the human genome offers new opportunities to improve human health. The United States National Institutes of Health (NIH) Somatic Cell Genome Editing (SCGE) Consortium aims to accelerate the development of safer and more-effective methods to edit the genomes of disease-relevant somatic cells in patients, even in tissues that are difficult to reach.

Base-editing successfully treats Progeria in mice. Correcting the mutation that causes progeria with base editing leads to strong symptom reduction and longer lifespan in an animal model. 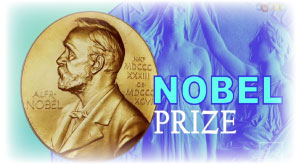 Nobel Prize in Chemistry Awarded to Emmanuelle Charpentier and Jennifer A. Doudna

Emmanuelle Charpentier and Jennifer A. Doudna have discovered one of gene technology’s sharpest tools: the CRISPR/Cas9 genetic scissors. Using these, researchers can change the DNA of animals, plants and microorganisms with extremely high precision. This technology has had a revolutionary impact on the life sciences, is contributing to new cancer therapies and may make the dream of curing inherited diseases come true. 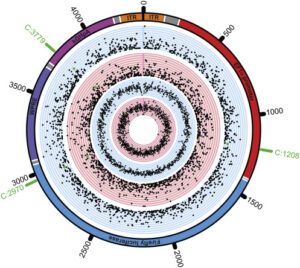 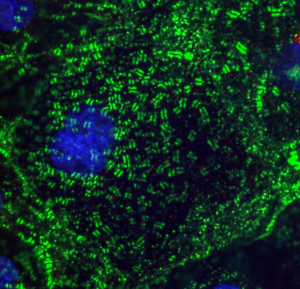 COVID-19 was initially identified as a respiratory disease, but scientists now appreciate that it also affects several other organs in the body, including the heart. 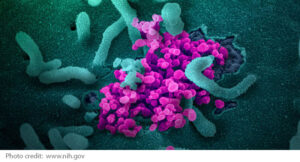 Important COVID-19 Updates from the NIH

COVID-19 is an emerging, rapidly evolving situation.  Get the latest information here, including important prevention and mitigation strategies, and how to best protect you and you family.

Important information for laboratories can also be found here.

Thank you and stay safe!